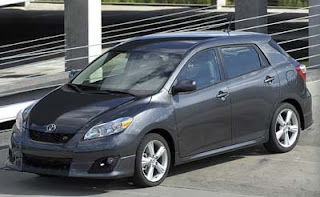 Seeing as the "I just about died" post has been on the blog a good six weeks now, I suppose it is time for "new" news. And let me tell you, there are things to report.
Now, let's just play a quick round of "let's make obvious statements about ourselves".
I don't like change.
But that has not stopped the world from changing on me. Since the people have demanded (yes demanded!) a blog post about the recent changes, I figured it was time to post.
.the sbuckles.
Yes the time has come. It is actually hard to believe. It has been four years. This summer I am going to work for Novacom, and PDP is pretty mental. So it was time.
I really couldn't have asked for a better minimum wage workplace to spend my university years. White Rock I Starbucks really has been good times. We have had ridiculous parties, crazy late night closes and stories that I don't even believe myself. I can't say I won't miss it, because I really will. But is also the end of the era. I can feel it.
So thanks to of you White Rock One Baristas who made it great. And thanks to everyone else who paid me visits. I probably wouldn't have made it through all those closes without you (this is starting to sound like an Oscars speech). I do technically have one more shift, but I am giving it away because....
.the move.
My parents finally sold the house. And now we are moving. As of Friday, I will officially be a White Rock resident. We are moving to a condo on "George" street which translates to about 154th and 14th. Its going to be pretty tight, with me and the parents transitioning from this massive house to a two bedroom condo. We'll get to know each other real well. hehe. But hey, its free rent AND I'll be closer to the beach. Let's focus on the positives right. So I am in the midst of packing my room and finding all kinds of things I didn't even know I owned.
.the car.
Yes, the car is at the top. It is a 2009 Toyota Matrix. I know, "2009?". I don't get it either, but it smells new, and looks good, so I'm happy. The drive is amazing. The salesman had me where he wanted me, and he sold me on four wheel drive, and all the other safety features. I mean really, "post-ditch" I wanted to buy it all. At least I won't get stuck in the snow again. I do have one complaint though. When the back door opened, some rain water dripped on the seats and they stained! How weird is that? I took it to the dealership to show it to them, and they all joked that they would upgrade to "free leather". I say, no joke, DO IT! We'll see, I'll keep you updated. Matt is still defending his Toyotas. They can do no evil in his eyes.
So those are the changes. I keep telling myself that in three weeks, it will all be over, and I will have a three week break from PDP. For now, life will be a little crazy....
Posted by Sharelle at Tuesday, March 18, 2008 5 comments: