It Gets Uglier Every Year...

Things turned out a little differently this year with the ugly sweater party. Although the intention was to go to the Stanley Park Christmas Train, it ended up closing because of the ridicolous weather. We didn't let this keep us down.

Instead, we headed to a house where the man had synchronized the thousands of lights on his house to music, which he was broadcasting from a radio tower atop his house. Yes, true story. A real Clark Griswold situation if I ever saw one. There was also "snow" that shot out every 10 minutes from a machine. Needless to say Gina danced in the bubbles (we might need some more pictures later). After this we headed downtown to the Old Spaghetti factory. Pretty awesome to be walking around downtwon in that thing. People were definitly "enjoying" us.

All and all, it was pretty different than years past, but a good time was had by all. Expect a return to the traditional next year. But one thing I must mention. It appears we have started a revolution: Commodore Ballroom Sweater Party. Next year we should go, we would rock those guys.... 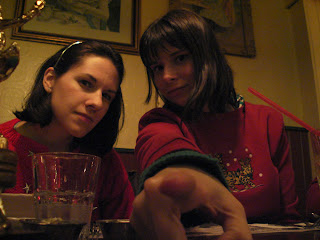 Leave it to Jenny to take a hip photo - even at an ugly sweater party. 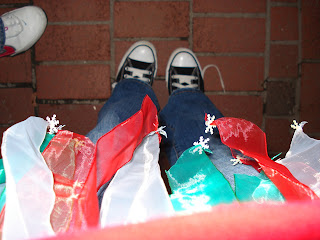 Leave it to me to take a horrific photo - my childsized Christmas tutu.
Yes, it is true. 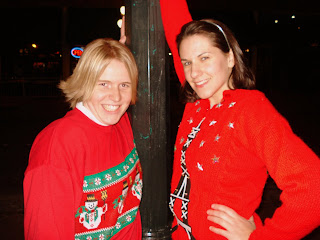 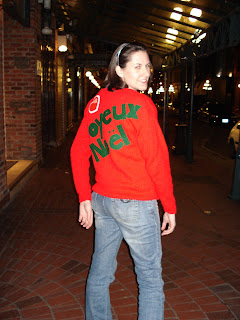 On the front of Lavonne's sweater - the Eiffel Tower. On the back - "Joyeux Noel". For all you Americans out there - thats Merry Christmas in French. She's so cultured that Lavonne. 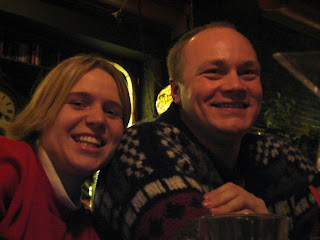 I think we tried to take a picture about 10 times and then realized, we are wearing awful sweaters - how are we supposed to look good? 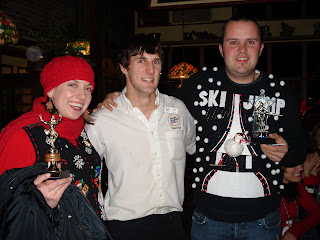 The Winners of Christmas Sweater Party 2006:
Geoff Stewart - Modified for "Ski-Jump"
Katie Schafer - Stock for "Teacher Vest"
Interesting to note that both of these winners are champions of years past. The great part was our server "John" as pictured above, did the choosing. He even gave an honorable mention to Melissa for her Pig sweater. Three cheers for John.
Posted by Sharelle at Tuesday, December 19, 2006 5 comments:

This makes me happier than I can even say...

hugh grant. love actually. one of the best rom-coms of all time.
every time this movie ends, i pull out the controller and put this scene on again. at least twice. enjoy.

This is just getting ridiculous….

Okay, I am that person I just never thought I would be.
In the middle of studying for exams, I have found yet another source of online procrastination.

Yes, I know. I now have a blog, a myspace, two email accounts and facebook. It will be a wonder if I communicate with anyone in real life.

Funny anecdote about facebook – I got a little confused during the profile and instead of typing that I was a woman, I typed that I am interested in women. Uh oh. Now I think facebook informs everyone when I change something. So all of my friends (which currently stands at a grand total of 3) will see that in one day I changed from being interested in women to men. Good thing for Matt....

Oh geez. That’s what I get for adding yet another internet communication device.
Posted by Sharelle at Friday, December 08, 2006 1 comment: 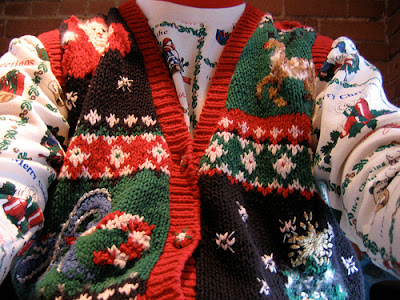 This year featuring:
Dinner and Stanley Park Christmas Train.
......
(Want to come? Didn't get the evite? I probably don't have your email. Let me know. I want you to come...)
Posted by Sharelle at Thursday, December 07, 2006 1 comment: 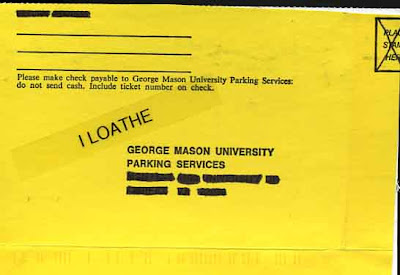 Ever seen a PostSecret that is soo much like someone you know that you can't even handle it? Don't worry, I have more rounds coming. I expect participation here.

In case you are behind, Postsecret is an online blog where people from all over North America send in their secrets, and they are published every Sunday