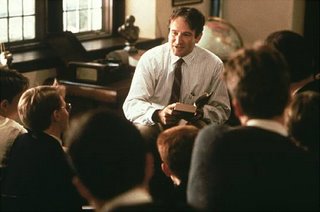 We don't read and write poetry because it's cute. We read and write poetry because we are members of the human race. And the human race is filled with passion. And medicine, law, business, engineering, these are noble pursuits and necessary to sustain life. But poetry, beauty, romance, love, these are what we stay alive for
- Keating
Have I mentioned I love this movie? I watched it with grade 9's and they trash talked it. Then I reminded them, this is one of the best movies of all time. I don't think they thought so...
Posted by Sharelle at Friday, April 28, 2006 5 comments: 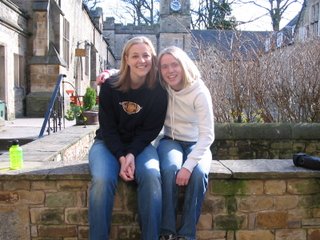 Today, for the first time in I'm pretty sure about seven months, I talked to one of my dearest friends - Joanna Beaver. We had been playing phone tag for I don't know long. When I finally got to hear her voice, it was one of those moments that just rang with happiness and beauty. (no pun intended...) I sure was grateful. This woman brings both joy and life to everything she moves near, and today that was me. For this I feel very richly blessed.
Posted by Sharelle at Wednesday, April 26, 2006 3 comments: 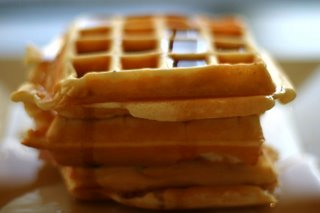 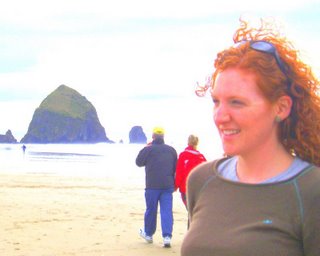 For the rest:
Yesterday, I went to TWU early to study for exams. Who do I see on the lawn, but my wonderful resident friend Kiki Tegs. We sit, and study. Then, she offers some good ol' toaster waffles for dinner. Nothing quite like University I tell you. It was honestly the perfect end to a great semester. I wrote my last final, and that was it. All the education students went for coffee (even though I had suggested Margaritas...classic). And now I am done! Well not really, I start a retreat course in 5 days. But one semester anyway! Hurrah!
Posted by Sharelle at Tuesday, April 25, 2006 4 comments: 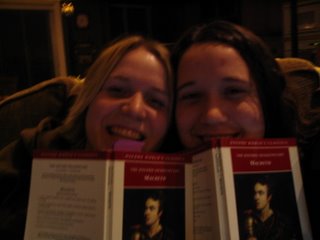 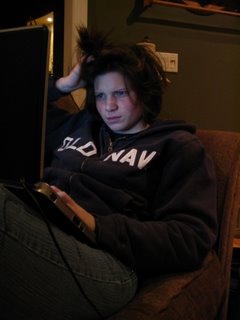 Who said studying can't be fun? Probably me. Basically this is what the last week has looked like for me. Thankfully I have a buddy in my Shakespeare class (my dear Margaret). And thankfully Brenda has to study more than any other person I know, oh wait maybe thats Margaret. haha. Either way, its been a bit of marathon (4 finals - 3 days) but the end is in sight...

One Lump or Two?

So, a couple of weekends ago, I had the great privilege of going to Vancouver Island with a couple of ladies for Mandy's 21st birthday. We did something that I have wanted to do for a long time. We went to Tea at the Empress Hotel. This hotel opened in 1908, so picture an breathtaking buildling with ivy climbing up the walls.

There we were in the dining room, 6 girls attempting to be proper and drinking afternoon tea. There were cucumber sandwiches, truffles and my favourite - scones, jam, and curdled cream. Ahh, a little taste of heaven. For a minute I felt like I was in Britain. There was a man playing piano, we were elegantly drinking tea, and I looked out into the harbor to see the tall ships. I honestly felt like I was in a Jane Austen novel.

I was appointed "Tea Mum" which meant I had to serve the tea, sugar and cream. I wasn't too great at it, so I appointed Lavonne as the "Tea Mum Assistant". She did her job well. The lady who served us, said drinking tea was a very "cultured" thing for young ladies to do. She was impressed. All in all, it was a truly magnificent day. With my parents in Europe, I felt glad that I at least got a taste. And I remembered once more...I love Victoria, and I sure like those girls. 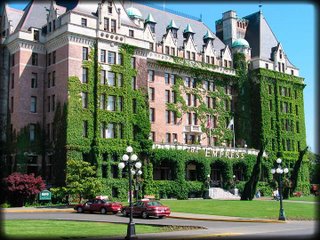 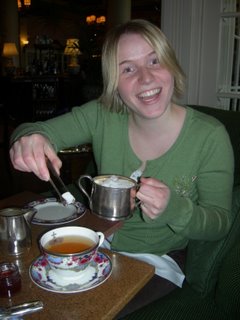 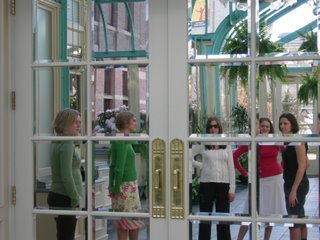 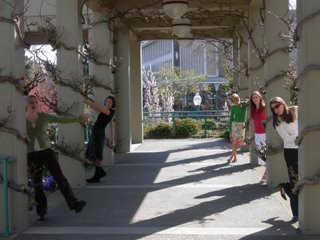 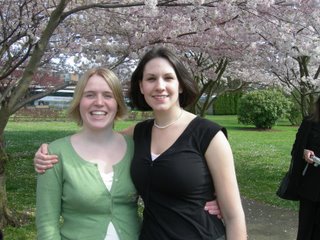 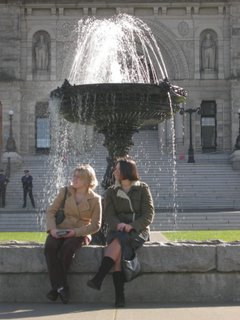 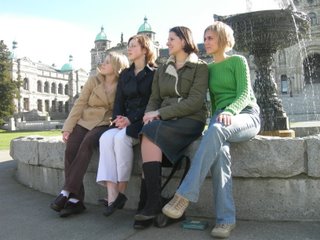 A couple weeks ago, I was introduced to this wonderful website. Caution, it can get a little sketchy, but man there is some great stuff on here. Check it out...

PostSecret: an ongoing community art project where people mail in their secrets anonymously on one side of a homemade postcard 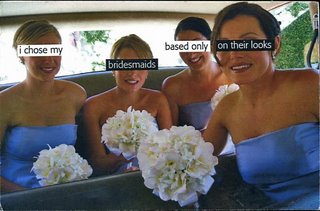 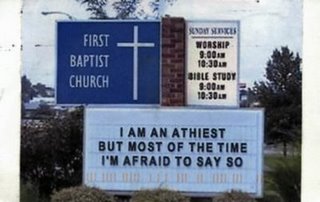 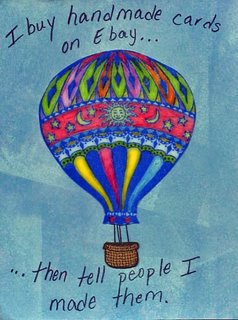 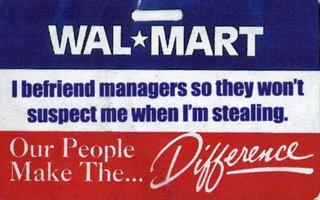 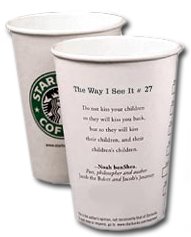 "True Story: Recently I eavesdropped on a conversation between two twenty-something employees at a local Starbucks. I listened as the barista mused about his taste in music. Then the cashier asked him if he had ever heard the song "Strawberry Fields Forever." After a pause, the barista answered, "No, can't say I ever heard that one before." That's when I knew there really was such a thing as a generation gap."
Posted by Sharelle at Monday, April 10, 2006 1 comment: 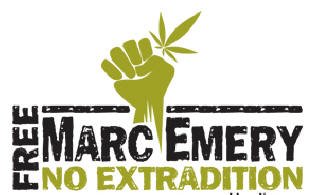 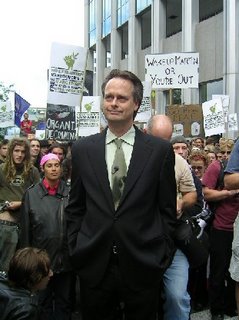 Yes...it's true. For Moral Issues and Ethics, I had to do a group presentation on the legalization of marijuana. So, I tell this one guy in my group "Why don't you just phone the marijuana party, ask a few questions". So he does, and asks if someone is willing to come to our class and speak. And guess who came?

You guessed it - the Prince of Pot himself. Honestly, it was kind of mind boggling. This man is the leader of the B.C. Marijuana party. He has been arrested 21 times, and put in jail 17. Currently, he faces extradition to the US where he could face a life sentence for selling seeds and "laundering" the profits into pro cannabis legalization activities. Basically, the DEA wants him big time.

And he just came to our presentation. This guy was a hard core politican. He saw himself as a martyr, pushing foward the cause of "freedom". Not your average pot head. He related marijuana to music, Jesus (ya I know, hard to believe), farming. You name it. He spoke on it. The craziest part is - he is probably going to jail FOR LIFE in the US. And he's alright with it. He certainly believed what he was preaching. We shook his hand, took some pictures, and basically laughed the whole time. Could not even believe it.

"Plant the seeds of freedom...Overgrow the government" - the quote he wrote on my very own "cannabis culture magazine". oh man.

"Take a good look at your CD collection, put the ones on one pile that have been influenced by drugs. Now take a look at the other pile...you don't even WANT that pile" - in regards to pot & creativity

"The first time you smoke up, just go to the woods, to a very natural place...and take your bible" - please imagine these words directed at an entire TWU classroom. laughing sooo hard.

So, we are left with one big question: "Free Marc Emery?"