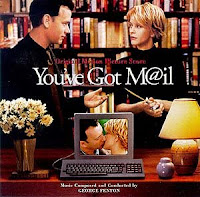 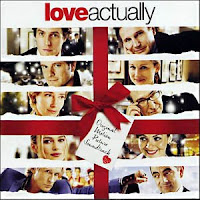 Well hello friends. It has been a long time hasn't it?

Once again, I feel the pressure to create an epic post since all this time has passed. But it's not going to happen. Instead, I will post about Romantic Comedies, affectionately known as Rom-Coms.

It's no secret that I am big fan of romantic comedies. There was a time when they were probably the only movies I watched. Then one day, I had a horrible realization: these movies were messing with my mind. I had written journal after journal pondering the "love" presented in these movies. Were the movies right? Were they presenting something I was missing?

Then, in conversation this week, this BBC Article came up. It described a study that was done on Romantic Comedies. This doesn't really come as a shock, but the study found that "Rom-Coms create unrealistic expectations when it comes to love". Probably my favourite part of the article is that it actually calls them Rom-Coms (it is Britain after all, where I picked up the term in the first place).

The article also found that "fans of films such as Runaway Bride and Notting Hill often fail to communicate with their partner. Many held the view if someone is meant to be with you, then they should know what you want without you telling them"

Apparently, people who watched the films were more likely to believe in fate and destiny. Also, the article stated that "Films do capture the excitement of new relationships but they also wrongly suggest that trust and committed love exist from the moment people meet, whereas these are qualities that normally take years to develop." I thought that was an interesting point. Can you think of a romantic comedy where they had an awkward "determining the relationship" conversation and then refused to call the person their boyfriend for six months? Because I haven't. So basically, romantic comedies are not mirroring my experience. ha.

So, what I would like to know is this: do you agree? Are Rom-Coms essentially problematic? Can we continue to watch them anyway, aware of their flaws and unrealistic portrayals of love, and just enjoy them for what they are? What are your thoughts? Have you ever had a moment where you thought that these movies might be messing with your mind?
Posted by Sharelle at Saturday, December 20, 2008 5 comments: